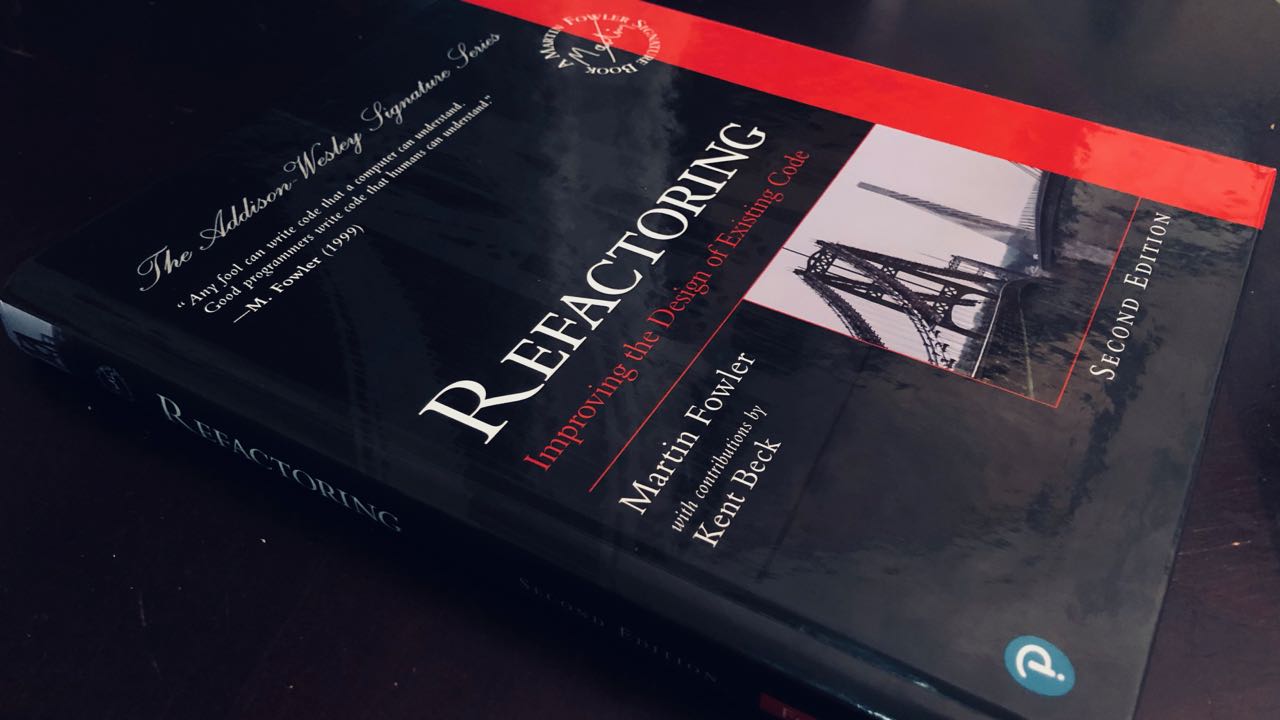 I am in the process of reading Refactoring by Martin Fowler and have recently finished the first 100 pages. What is so special about the first 100 pages? Well, Martin himself (yep, we’re on a first name basis) tells the reader (yours truly) that to get the most out of the book read the first four chapters, then skim and leverage the refactoring catalog as needed. And how long are the first four chapters…yup, you guessed it…100 pages!

This is not a review of the book nor a JavaScript filled example-a-thon (in process btw), but rather my key takeaways and chapter notes. I use these notes to augment my learning and leverage them to effectively use refactoring in my own work. While not a review, I highly recommend this book if you architect systems, design software, want to advance as an engineer, and/or have a passion for clean, maintainable, and self-documenting code. And, let’s be real, every self-respecting programmer cares about all of these things :).

Refactoring is a particular approach to cleaning up code. The term can be used as either a noun or a verb.

Refactoring (noun): a change made to the internal structure of software to make it easier to understand and cheaper to modify without changing its observable behavior.

Refactoring as a verb:

Refactoring (verb): to restructure software by applying a series of refactorings without changing its observable behavior.

The key takeaway: make modifications to the internal structure of the code to augment development without modifying the external behavior (e.g. public interface).

On to the Ajahne notes!